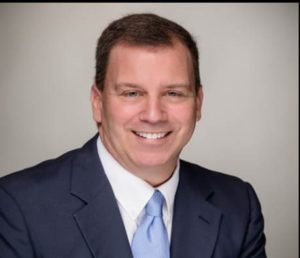 Raised in South Bend, Indiana, Reed moved to Bloomington Indiana and purchased an existing Ice Cream store in the heart of Indiana University. After building the business up, he sold the Ice Cream store and started an airport shuttle service providing transportation between Bloomington, In. and the Indianapolis airport, after 12 successful years, he sold his half of the company and moved to Southern Michigan, where he renovated and sold commercial property, and opened a coffee shop.

He, his wife and three kids moved from Southern Michigan to Pinehurst, NC to get away from the cold winters. There he purchased a car wash, he then moved closer to his in-laws in Winston-Salem NC and recently purchased Longino Distributing, Inc. from Ed Longino who has successfully ran the business for over 34 years.

Reed has been successful in business because customer service has always been the number one priority, and that will continue with Longino Distributing.

Tonya grew up in Mohawk, WV, a tiny community in the southern part of West Virginia (coal country). After graduating high school in 1992, she moved to Mt. Airy, NC where she worked for a couple years and in 1994 she moved to Statesville, NC where she began finding her way.

Tonya married her husband Matthew in 1996 and in 1997 they had their only son, Jordan. She enjoyed taking him to different sporting activities such as Football, Basketball and Track.. Once their son graduated high school in 2015, it was time for her and her husband to start living and doing things they put on hold to raise their son.

Tonya’s outlet is camping and her2019 Dodge Charger ScatPack. If she isn’t camping, she’s entering car shows, going to cruise ins and enjoying mountain rides with her car club.

Tonya started working in the mortgage industry in 1998 and that’s when she knew F&I was her thing, plus helping people and working out problems. After the company closed, she went to work for a furniture store as the Credit Manager and then to being a F & I Manager at a horse / utility / heavy equipment company which had 3 entities over NC and VA.

In February 2003 she started working for Longino Distributing. While working close with Ed Longino she learned the ins and outs of the business. Getting involved in the day to day operations was exactly what Tonya needed to make sure this was a career, not just a job.

Tonya plans on making this career her last one, there is no other place she’d rather be than right here at Longino Distributing!